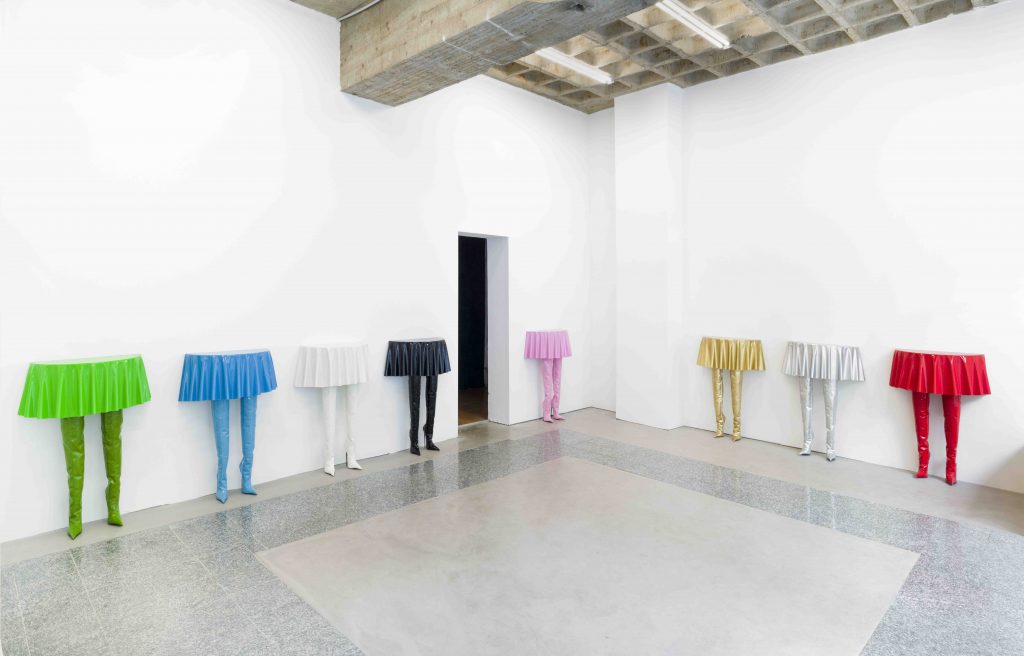 The presentation extends Berg’s ongoing research project Turning Tables, an ever-growing collection of object prototypes that examines the table as a social object. With a camp sensibility, Turning Tables peruses the history of human civilization in the search of tables and their surprisingly symbolic importance: ubiquitous but always peculiar objects that continuously assert, negotiate, and subvert social dynamics.

The high-heeled latex boot connotes a very different kind of power, one vested not in nature but in the shifting status of gender in industrial society. While the heeled shoe first appeared amongst horseback soldiers in 10th-century Persia (later echoed in the classic cowboy boot), the stiletto itself was an engineering innovation of the 1950s, as wooden stems were replaced by a metal shaft embedded into the heel, proliferating a new shoe trend across the Western fashion world, accruing hyper-sexualized connotations in the process. The high heel, of course, holds a wider iconic symbolism: in Cinderella, the shoe that fits marks a transformation from girl to woman and proletarian to princess; in Wizard of Oz, Dorothy’s red shoes lead the way to an autonomous life with her chosen family of queers. Originally a trend amongst the peasants of 16th-century Europe, The Sun King of France was forced to dramatically exaggerate the dimensions of heels as he introduced them to the court, so as to literally “raise” the aristocracy from the lower classes, who, in turn, were banned from wearing them. 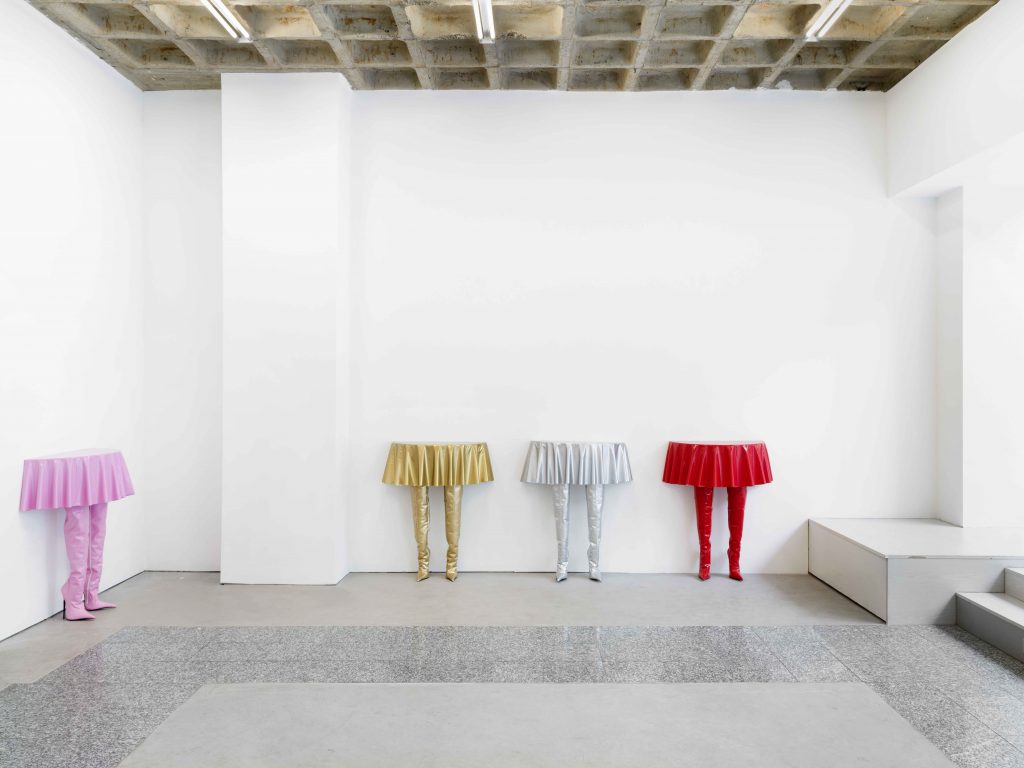 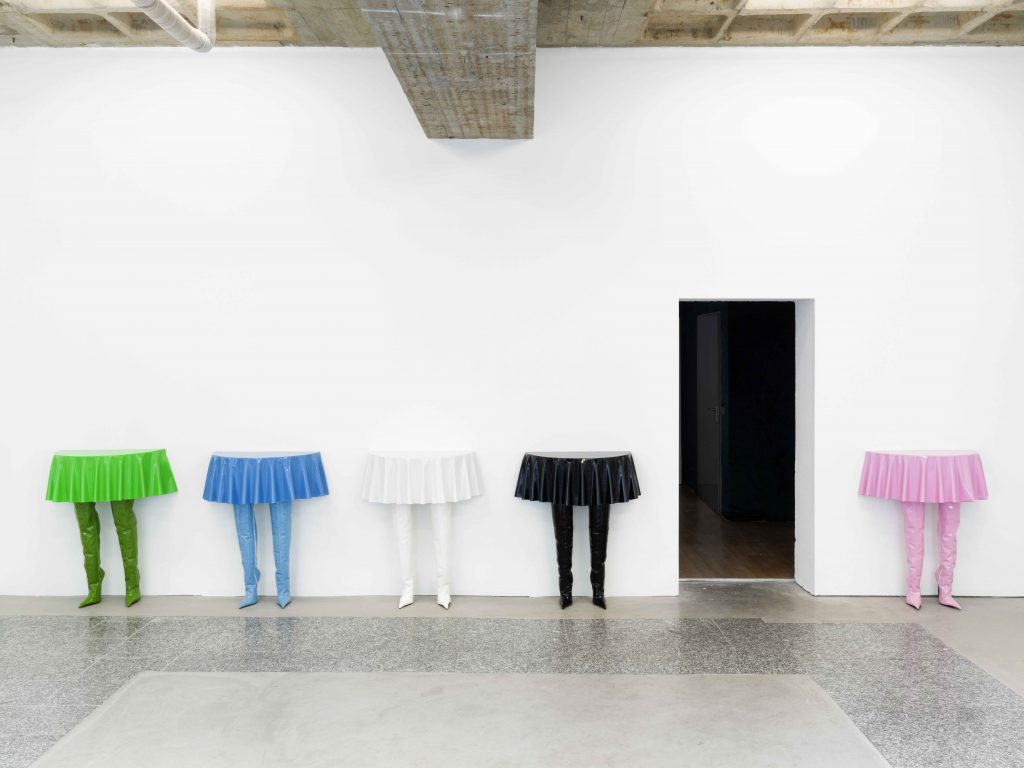 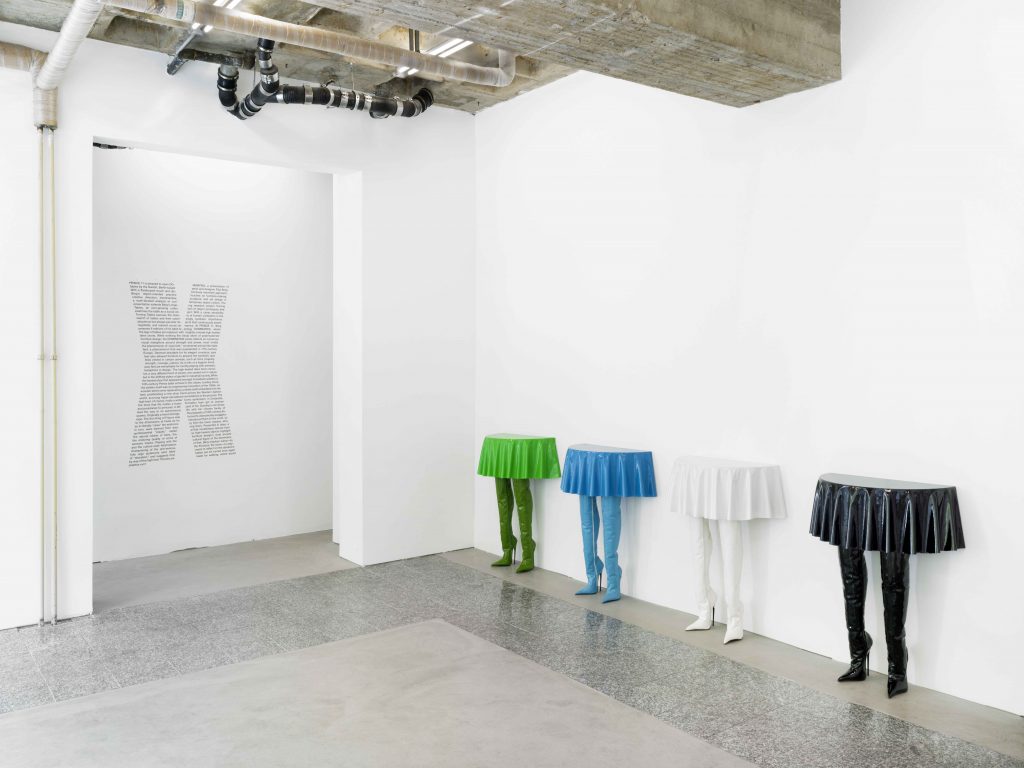 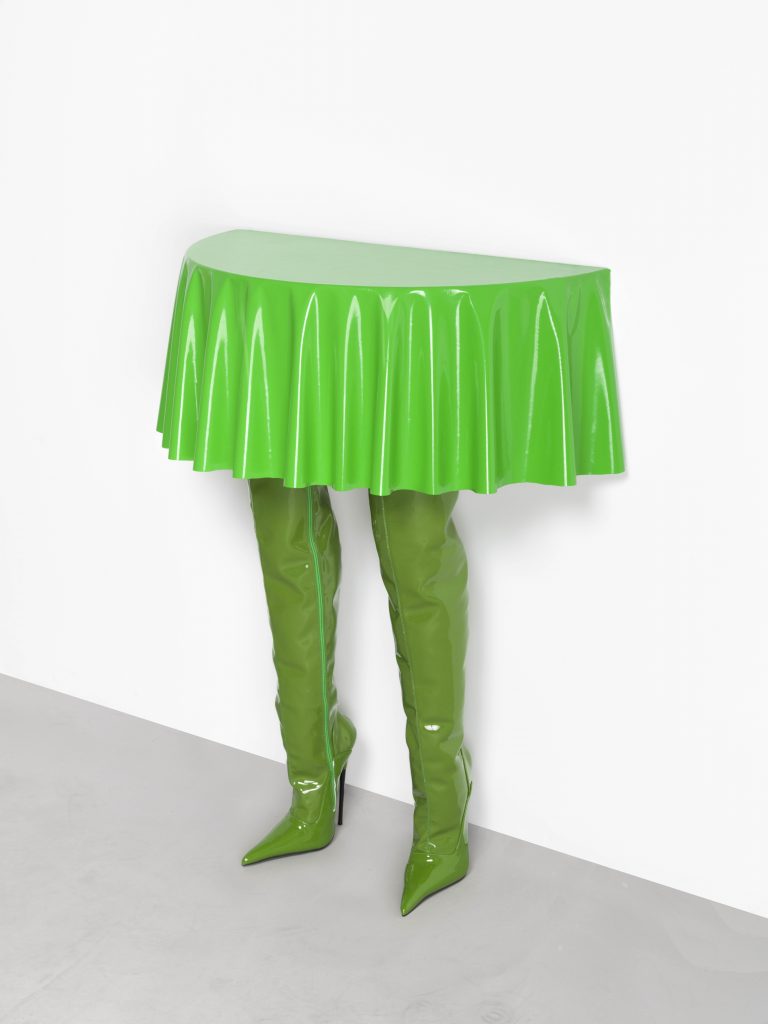 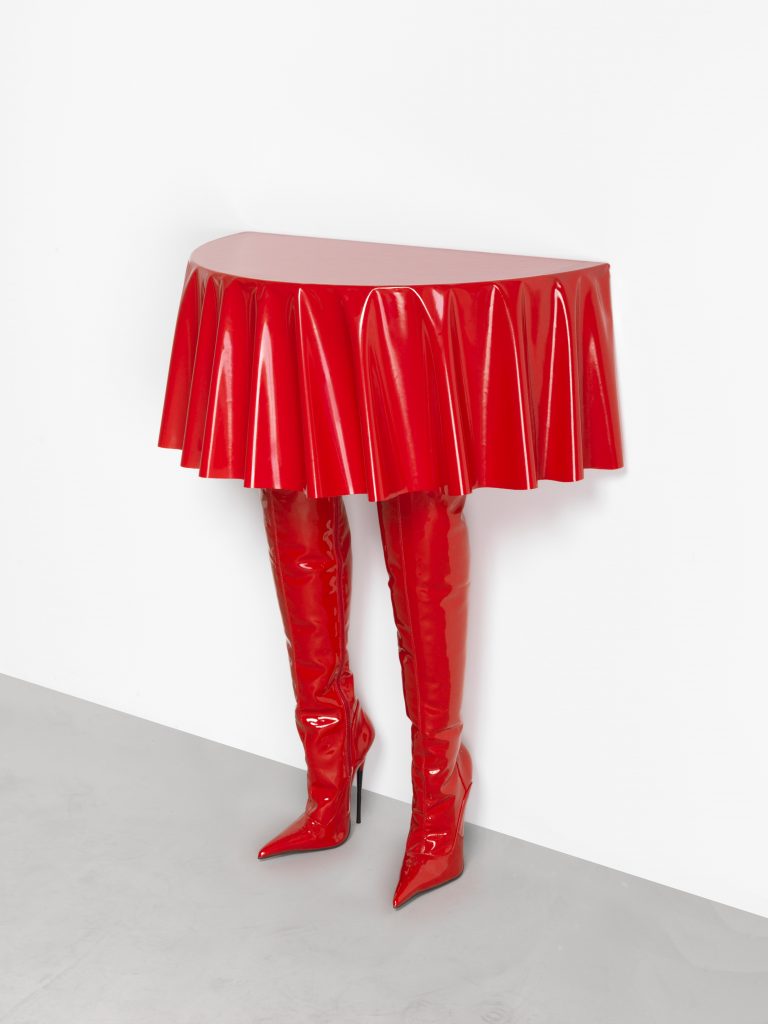 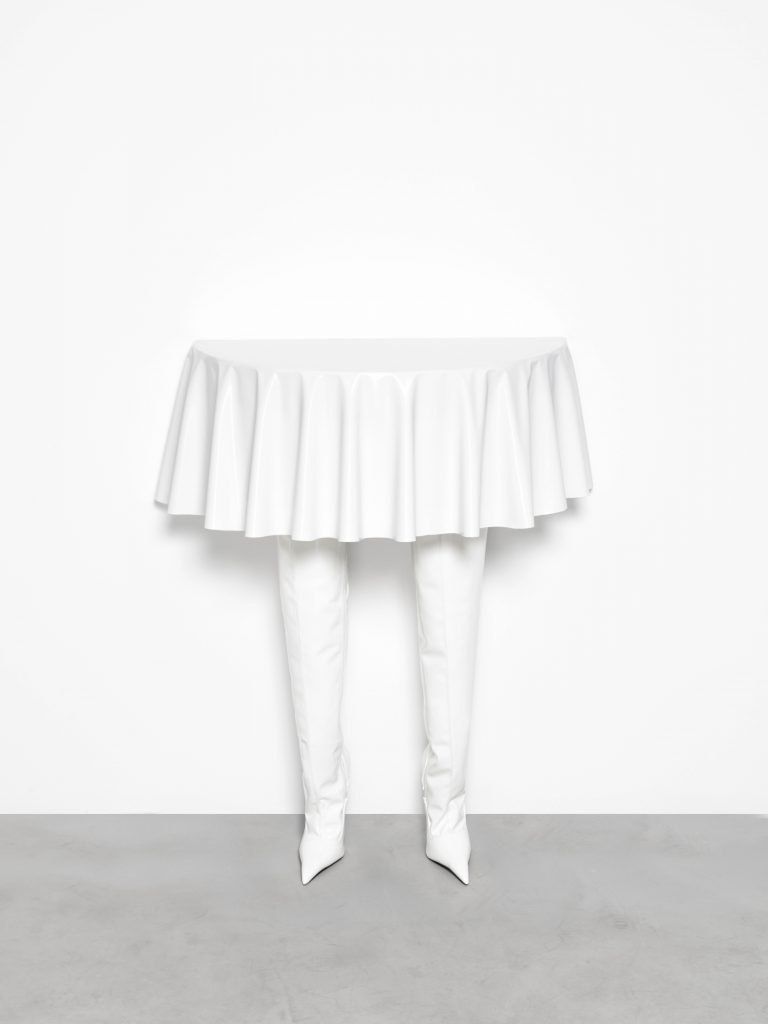 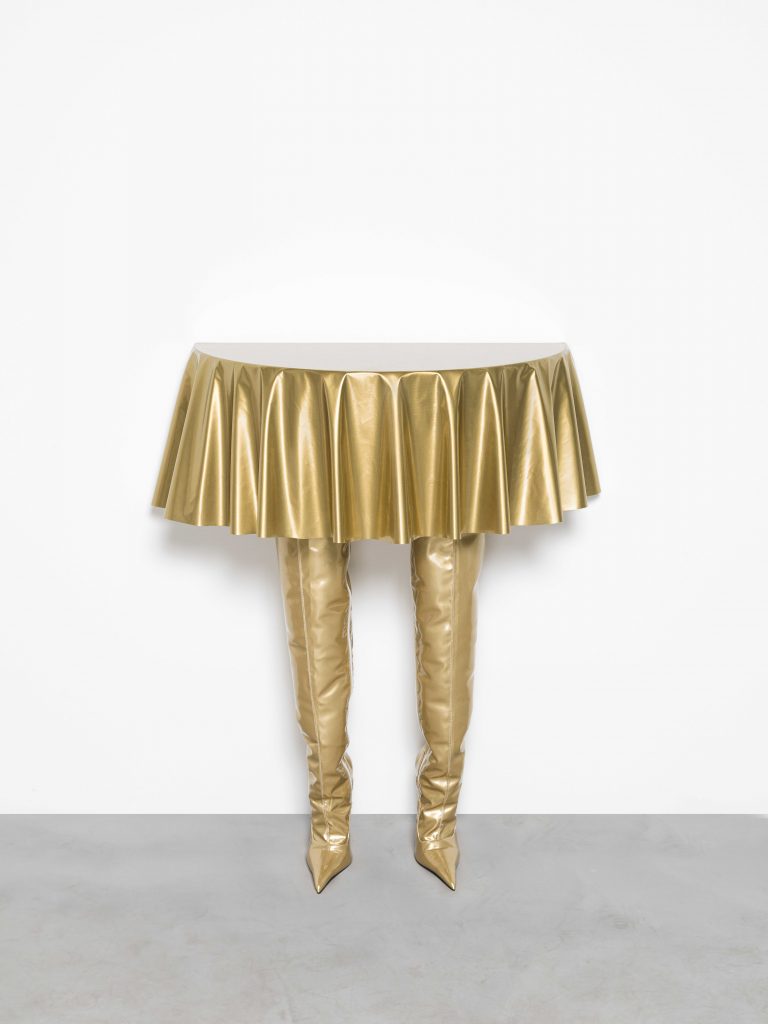 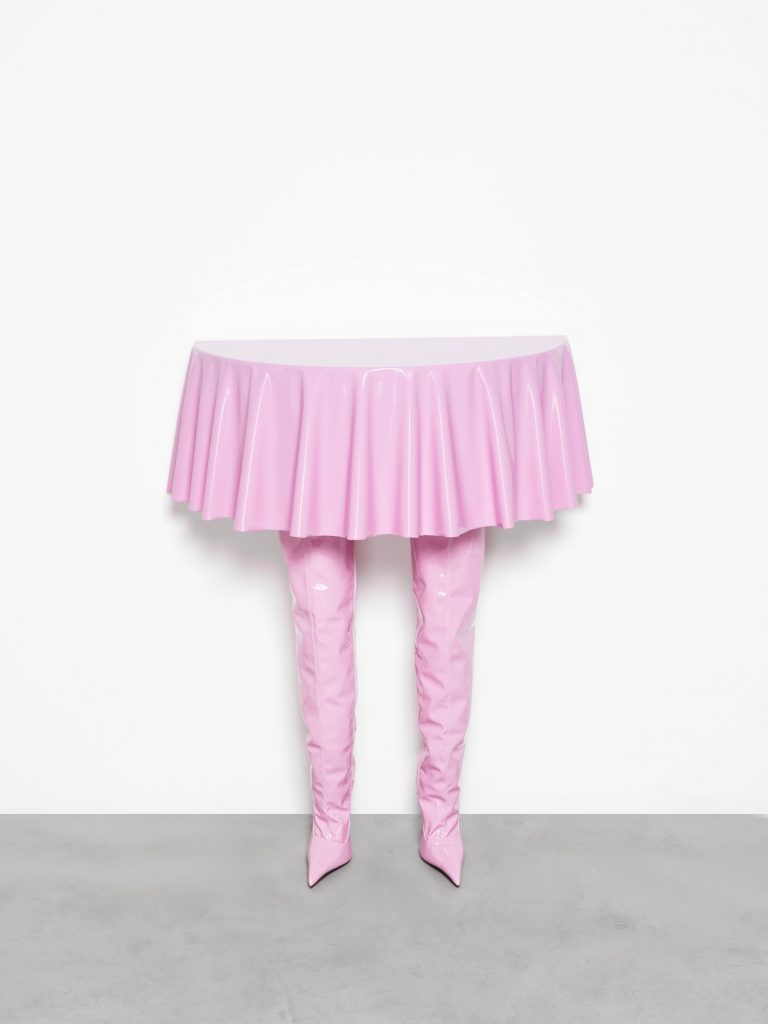 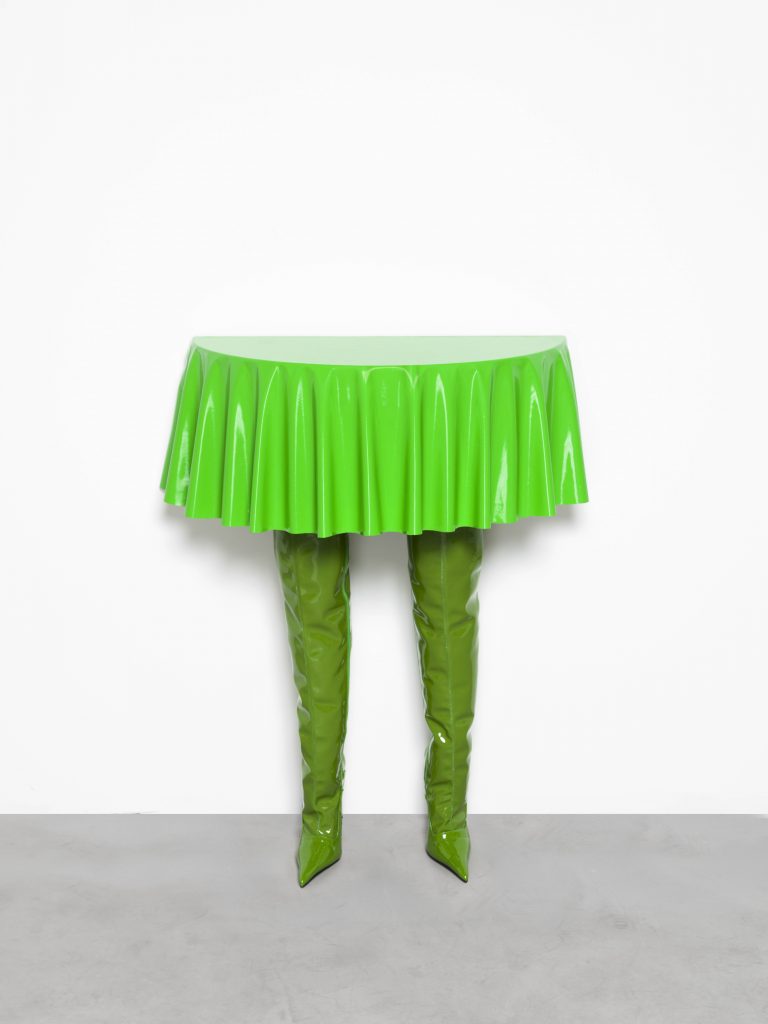 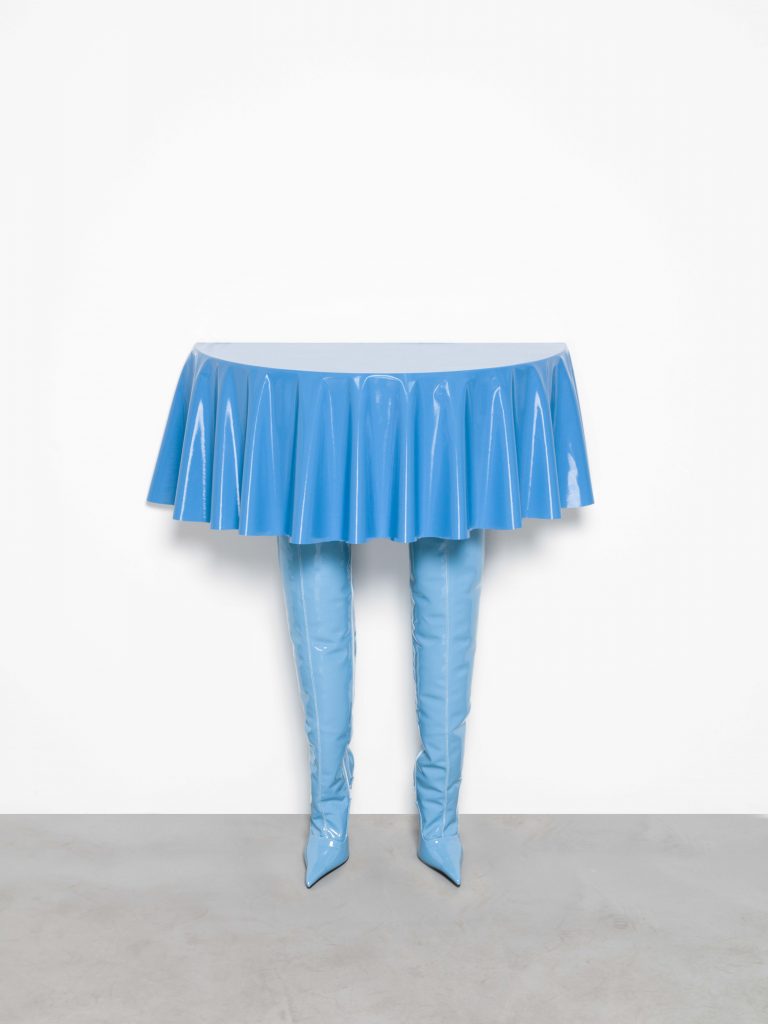 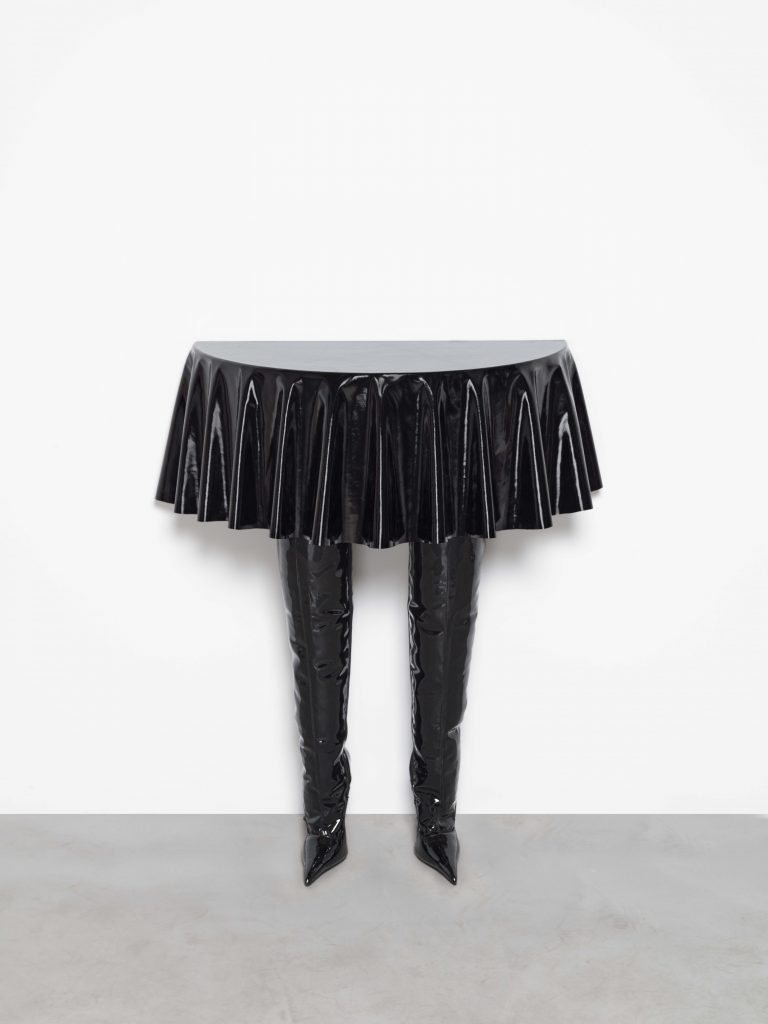 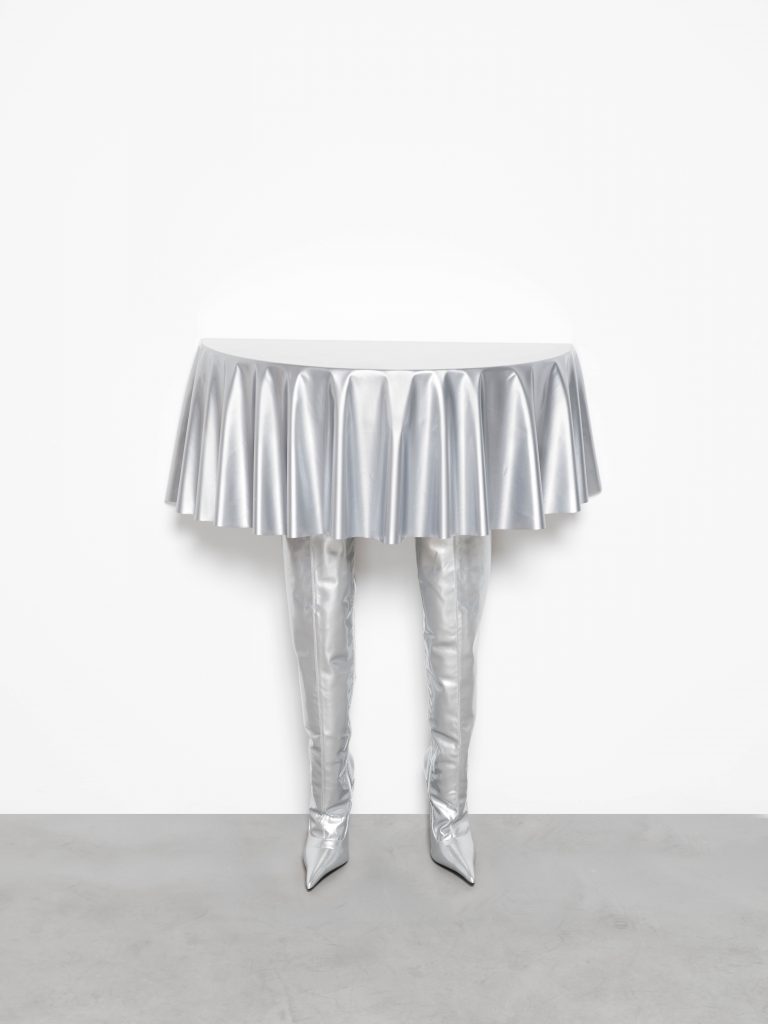 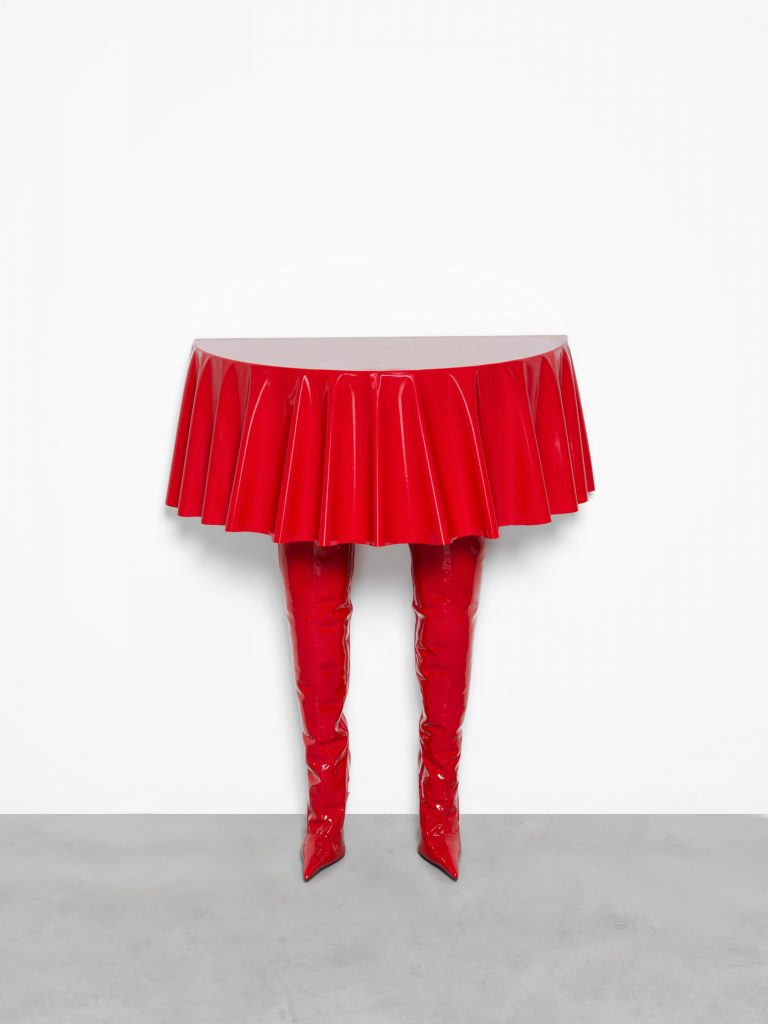